Update: We have a winner!


Magic plays a large roll in Lover Enslaved and the Thieves of Aurion series, so it got me thinking. If I could have any magical ability, what would it be?

The ability to teleport to any place I want? Cool, think of all the money I'd be saving on gas. Or how about the ability to communicate with animals? Finally I'd know what my dog really thinks about me. Plus, it'd come in handy the next time I'm trekking through the woods and overhear a couple of bears exchanging their favorite honey barbecued hiker recipes.

Clearly, the possibilities are endless.

So how about you? What would your magical ability be? Leave your answer in the comment section or email me at jodiredford@jodiredford.com and you'll be entered for the chance to win an ebook copy of Lover Enslaved and your very own mini fairy house. 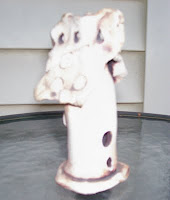 Isn't it cute? The house stands about 4" tall (perfect height for keeping a certain sprite from stuffing her rear-end inside)and is signed on the bottom by the artist.

I'll randomly draw a name around 8 pm Eastern time, so be sure to check back and see if you're a winner.
Posted by Jodi Redford at 9:03 PM 15 comments: 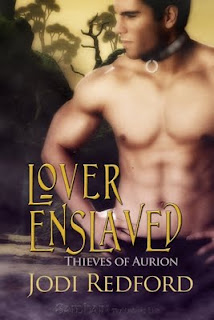