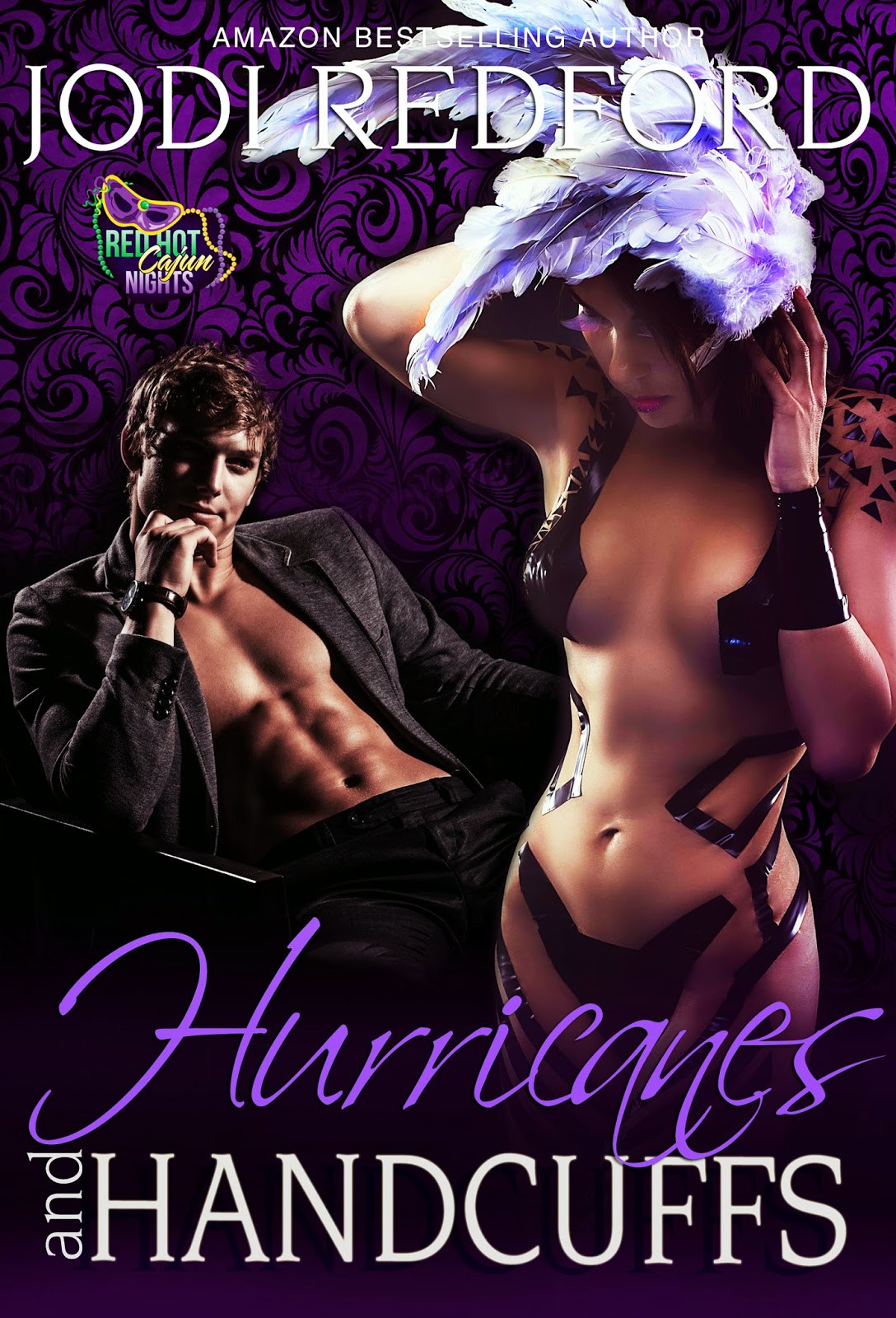 
Gabrielle Scott is fed up with helping her playboy boss seduce and woo his countless bimbettes courtesy of her culinary masterpieces. Yeah, the pay is good, and you can’t beat the luxurious digs she’s treated to as his resident personal chef. But she can’t afford the frustration of living under the same roof with the one man who drives her crazy in every possible way. The damnable truth? She’s in love with the irredeemable bastard, and the only way she’ll get over him is to get naked under him. The plan? Attend Jax’s annual Mardi Gras ball incognito and entice him into a hot night of sin—right before handing in her resignation.

Jaxon Noble always gets what he wants. Especially when it comes to the opposite sex. So when Gabbi shows up at his party in an eye-popping costume and outrageously flirts with him it’s a foregone conclusion that she’ll finally be his. About damn time the stubborn woman came to her senses. He’s more than happy to go along with her game, and the combustible heat they generate together proves it was well worth the wait to have her. But when morning comes and Gabrielle calmly announces she’s quitting, Jax is faced with the sobering fact that perhaps money can’t buy everything. Or more to the point—the only person who’s ever meant anything to him.
For someone who’s used to winning at all costs, losing Gabbi isn’t an option. And Jax will pull out every sweet and sexy trick to convince her to take a chance on a forever with him. Even if it means handcuffing her to his bed.

Warning: This book contains a sassy chef, one determined bad boy billionaire, Fur-lined handcuffs and inappropriate consumption of beignets, several sinful drizzles of honey, and enough sizzling chemistry to set off the smoke alarms.
Posted by Jodi Redford at 8:00 AM 6 comments:

Kinky Claus is coming to town! 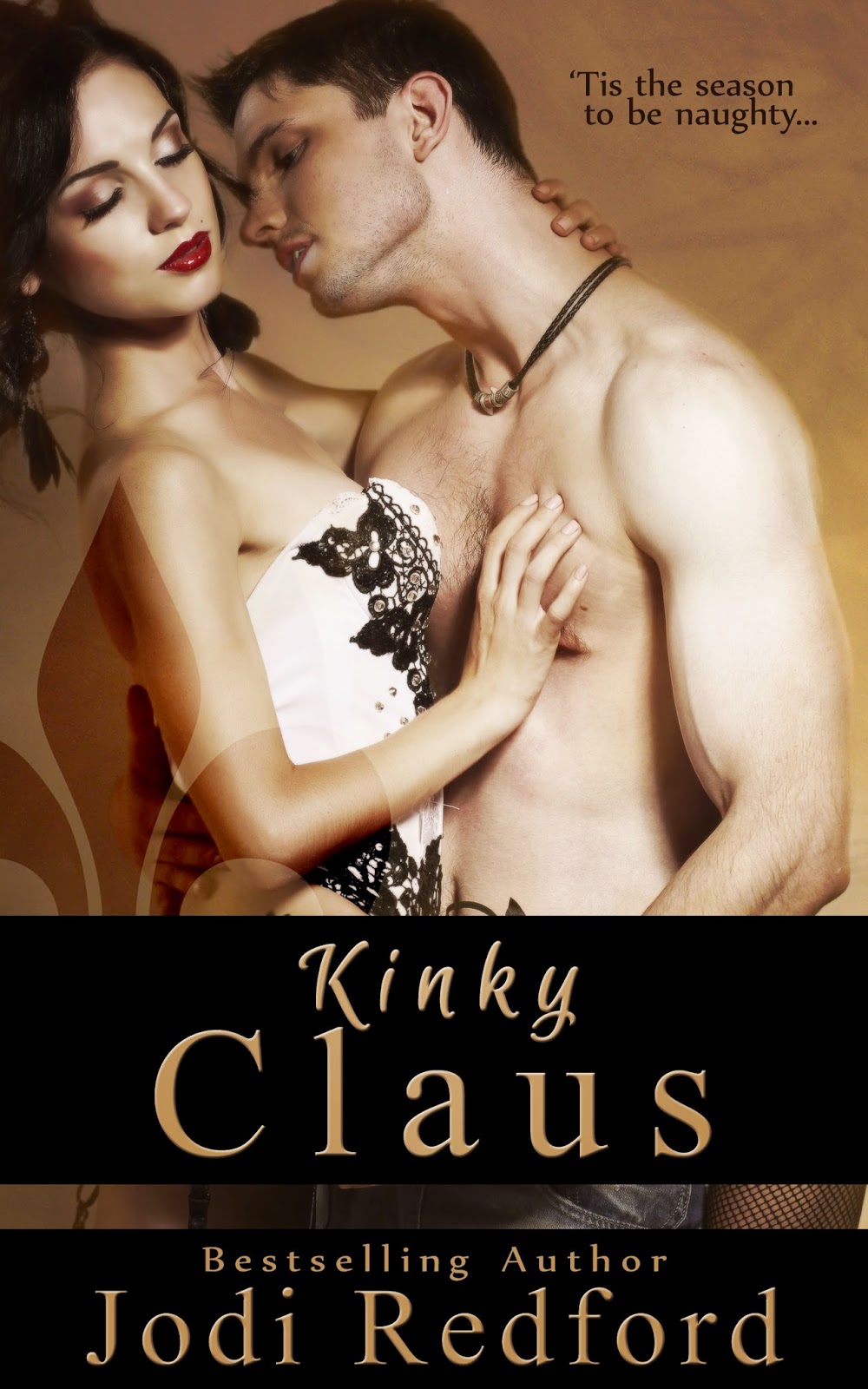 Kinky Claus is now available! Woohoo! I have it at a limited time discount of $2.99 for it's release, so get your kink on while the getting is good!

‘Tis the season to be naughty...

The only thing worse than the annual office Christmas party is attending the stinkin’ thing alone. Refusing to consign herself to that fate yet again, Marissa Wagner throws her normally sensible self aside and does what any newly adventurous—okay, desperate—woman in her shoes would do—she hires a male escort. But when he arrives for their pre-party introduction her situation goes from problem solved, to one holy whopper of a complication. Her paid-for dream man...is also her best friend’s brother.

Trig Campbell has been in the escorting biz long enough to realize there’s a risk of being set up with someone he knows. Never in a million years did he count on that person being Marissa. Out of all of Jane’s friends, Rissa’s always been the less wild of the bunch. Now that fate’s in his corner, he’s more than game to help her explore her bad girl side and play out every kinky fantasy they can. Getting past her doubts is no easy feat. Fortunately he knows a thing or two about cranking up the carnal heat, and soon he and Marissa embark on a week-long intensely erotic journey that leaves them both shaken and craving more.

As their time together draws closer to an end, Trig is haunted by a question he’d never expected to face. What possible future can a gigolo offer a woman like Marissa? And can he let her go when the time comes?

Warning: This book contains a player well-versed in the fine art of sin, a good girl who’s about to find out how delicious it is to be bad, enough kinky uses for a candy cane to make an elf blush, and verifiable proof that Santa does indeed come more than once a year.

Posted by Jodi Redford at 6:00 AM No comments:

Pick up Perfect Chemistry for only 99 cents!

For one week only, you can snag Perfect Chemistry at a great bargain price! Grab this deal now before it's gone! 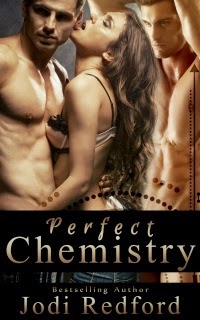 When it comes to sexy geeks, Leo Martinez and Devlin Hawke are as hot as they get. But falling for the wrong guy has always been Sidney Chase’s forte. She’s not about to submit to her inner bad girl by giving in to her secret fantasies about her sex-on-a-stick bosses. When she’s accidentally exposed to the supercharged aphrodisiac in their lab, Sidney tosses aside her inhibitions and unknowingly provides her bosses with an eye-popping display of self lovin’ courtesy of the office security cameras.

Despite their mutual craving for Sidney, Leo and Devlin made a pact long ago to keep her off limits. The last thing they’d wanted was to scare off their best PA by overwhelming her with their kinky tendencies. Witnessing the arousing effects of their aphrodisiac elixir on Sidney changes everything. Not only is she the answer they’ve been looking for in regards to fine-tuning their formula, she’s the perfect woman for them. And with a little help from one helluva sinful science experiment, they’ll prove that love is far more potent than anything manufactured in a bottle.