In my eternal quest to be permanently listed on Santa's naughty list, I've got another smexy Christmas book winging your way soon! For those who've read Perfect Chemistry, this is Marissa's book, and she's about to have her hands full with a verah naughty boy. Lucky wench. I'm  hoping to have Kinky Claus ready for release before the end of November so I'll keep y'all posted when I have a buy link available. In the meantime, here's the sexy cover that the awesomesauce Kelly Apple did for me and some exclusive blurb pimpage! 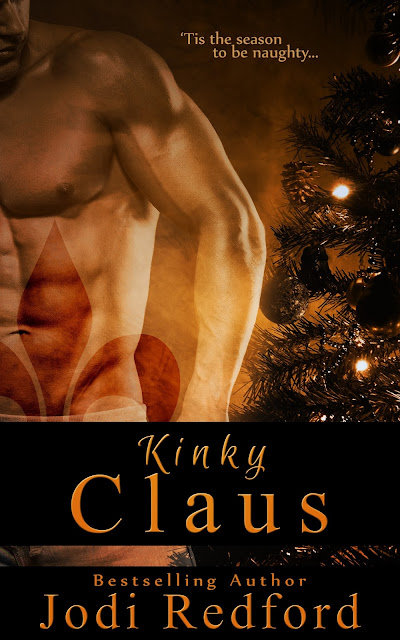 ‘Tis the season to be naughty...

The only thing worse than the annual office Christmas party is attending the stinkin’ thing alone. Refusing to consign herself to that fate yet again, Marissa Wagner throws her normally sensible self aside and does what any newly adventurous—okay, desperate—woman in her shoes would do—she hires a male escort. But when he arrives for their pre-party introduction her situation goes from problem solved, to one holy whopper of a complication. Her paid-for dream man...is also her best friend’s brother.


Trig Campbell has been in the escorting biz long enough to realize there’s a risk of being set up with someone he knows. Never in a million years did he count on that person being Marissa. Out of all of Jane’s friends, Rissa’s always been the less wild of the bunch. Now that fate’s in his corner, he’s more than game to help her explore her bad girl side and play out every kinky fantasy they can. Getting past her doubts is no easy feat. Fortunately he knows a thing or two about cranking up the carnal heat, and soon he and Marissa embark on a week-long intensely erotic journey that leaves them both shaken and craving more.

As their time together draws closer to an end, Trig is haunted by a question he’d never expected to face. What possible future can a gigolo offer a woman like Marissa? And can he let her go when the time comes?

Warning: This book contains a player well-versed in the fine art of sin, a good girl who’s about to find out how delicious it is to be bad, enough kinky uses for a candy cane to make an elf blush, and verifiable proof that Santa does indeed come more than once a year.

Posted by Jodi Redford at 9:43 AM 2 comments: Links to this post